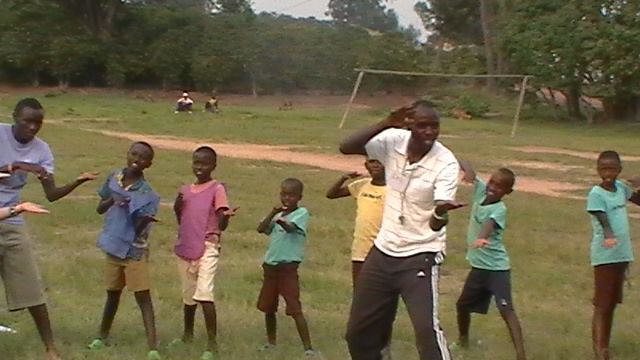 Eric has been a coach with Kids Play-Rwanda (KPR) since 2012. At the time, Eric was playing volleyball in the Rwanda Champions League and Jean Paul, President of KPR’s Rwanda Board of Directors was his coach. Jean Paul knew Eric very well, recognized his abilities as a coach and as a natural leader and invited him to join the KPR team. 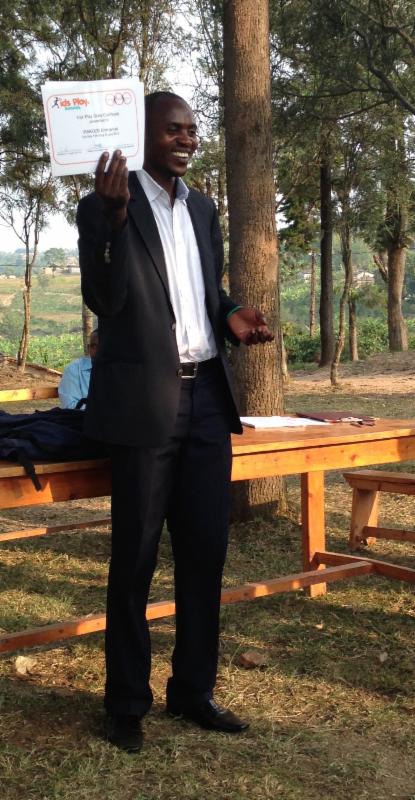 Eric’ wife, Alice, just recently joined the KPR coaching team too. They celebrated their 1 year wedding anniversary on August 2nd of this year. Eric has been a secondary school teacher at Kaganza for 5 years. His favorite part about KPR is spending time with the kids and being a leader and role model for the other coaches. Eric loves to share his knowledge and to see how that knowledge can help both the coaches and kids develop through KPR’s programming. He is incredible grateful for this opportunity to give back to the community, while also improving his skills and knowledge.
In October 2014, Eric was promoted to Master Coach. In this role, Eric has taken on a leadership role, managing all reporting documents for the program including tracking attendance and daily quality program monitoring reports and acting as the main point of contact between Tracy, Sara and the
coaches in Rwanda. Eric also works with Sara to facilitates professional development trainings with coaches each month. Most recently, Eric trained coaches on how to run a Footballnet tournament and another training on how to best build rapport with children during our team check-in.