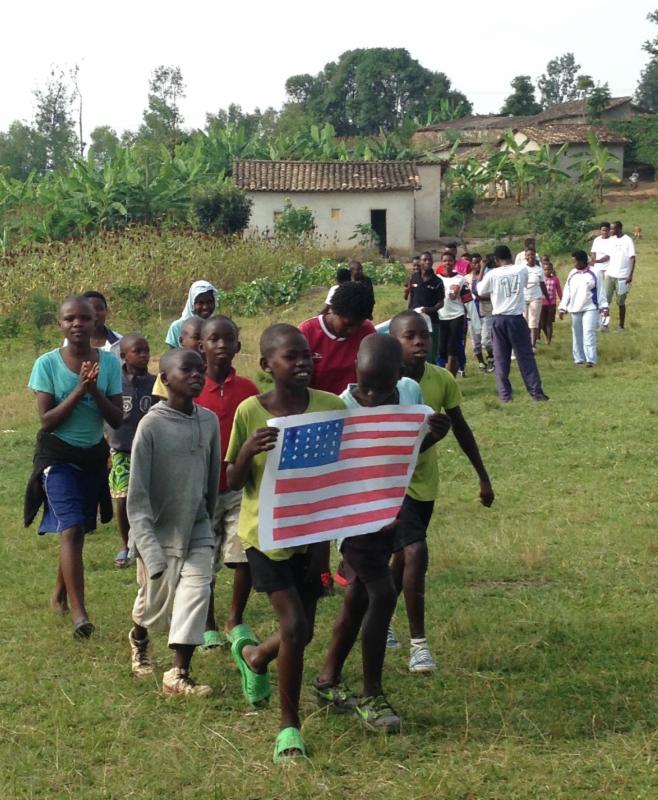 Around the world, thousands of people in more than 160 countries celebrate Olympic Day in the middle of June each year. KPR coaches, children and families came together to celebrate Olympic Day during Community Day on June 21st.  The ceremony started with a procession of flags from around the world that kids had painted and drawn during the previous week art activities.
Opening Ceremonies began with a speech from our Master Coach, Eric, on the Olympic values of Fair Play, Friendship and Excellence. Eric also spoke about the KPR Fair Play Skills of Contribution, Respect, Moral Courage, Community and Opportunity. 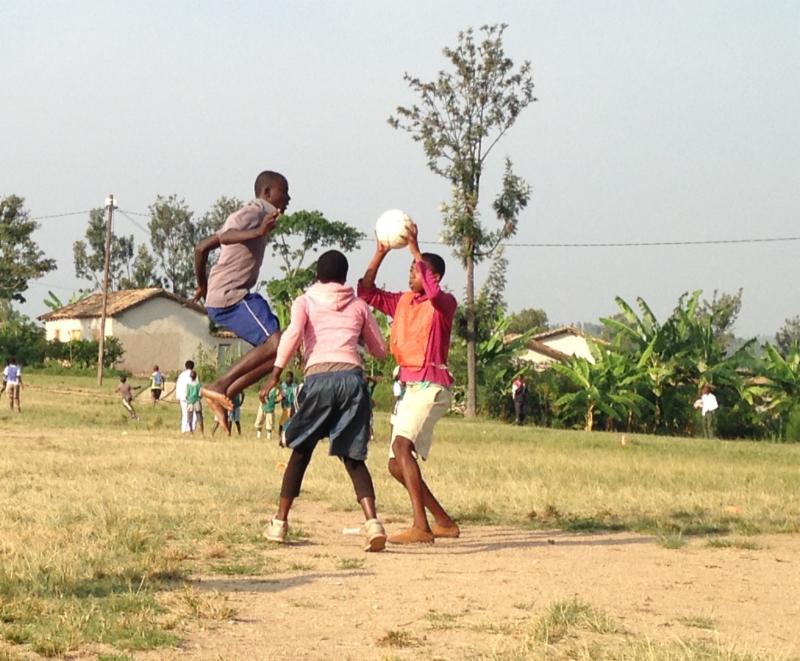 Next, KPR and non-KPR children gathered together to p lay in a competitive tournament of football, volleyball and bucketball (A game like basketball, except players do not dribble. Players pass to move the ball and they score by shooting the ball into a bucket which is set at both ends of the field).
Six teams rotated through each sport over the course of the event. At the end, each team’s points that they scored during each game were added together to determine 1st, 2nd and 3rd place teams. The winning teams received school supplies in the form of notebooks and pens.
Many KPR and non-KPR families attended the event to watch their children play in the tournament, but the most popular event of the day were traditional dances performed by the children for their families.